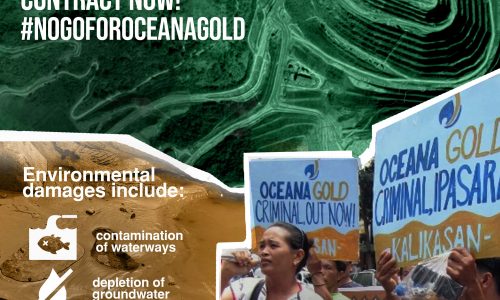 The 20th of June 2019 marks the expiration of the Financial and Technical Assistance Agreement (FTAA) between the Philippine government and the OceanaGold Mining Company operating in the province of Nueva Vizcaya. It is the first company to be awarded an FTAA under the Mining Act of 1995, which allows 100% foreign ownership of operations. The Center for Environmental Concerns-Philippines (CEC) joins the local communities, environmental advocates and Filipinos in the call for non-renewal of OceanaGold’s FTAA because of its negative impacts to the environment and local communities’ well-being, most of which are indigenous and rural people.